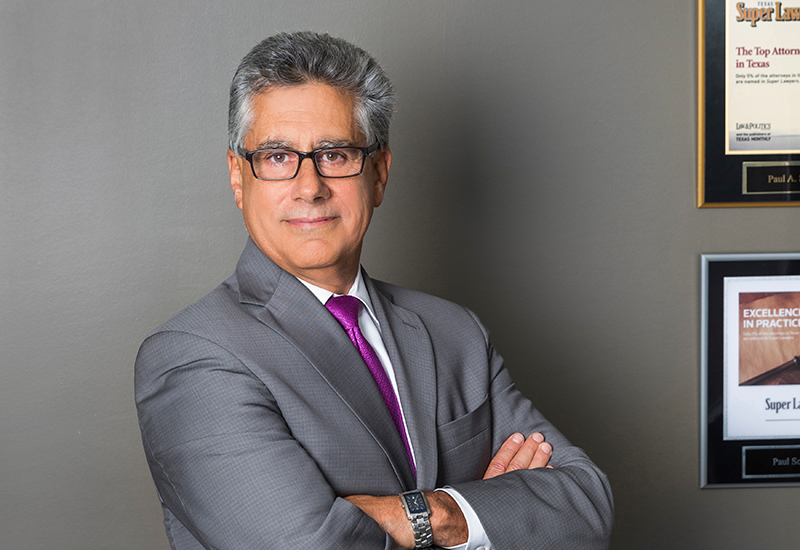 Paul Schiffer has over forty years of criminal experience. He was a former prosecutor with the Harris
County District Attorney’s Office. As a criminal defense attorney, he has tried virtually every type of crime in Texas and Federal Courts including Murder, Medicare Fraud, Child Pornography, Sex Crimes, Domestic Violence, DWI, Intoxication Manslaughter, Drug Possession and countless other serious Texas crimes. The list goes on and is as extensive as his experience.

Paul Schiffer is all about being prepared. He prides himself on getting to know his clients, learning about the facts of the case, keeping abreast of the law, knowing the opposition, and, most importantly, knowing how to get the best results.

He has been named for ten years as a Texas Super Lawyer by Thomson Reuters 2005-2015, Houston’s “H-Texas Top Lawyer” by H-Texas Magazine 2005-2015, Americas Top 100 Trial Lawyers 2013 by The National Trial Lawyers, and was recently honored by inclusion in America’s Best Attorneys 2015 by Rue’s Ratings Best Attorney’s of America.

Paul Schiffer has also been recognized for his innovative trial techniques and his courtroom charisma. In his continuous efforts to connect with the juries that he must persuade of his clients’ innocence, Mr.Schiffer recognizes that people learn in different ways and adapts his presentations accordingly.

While Mr. Schiffer represents clients referred by satisfied former clients and fellow attorneys, he says the greatest compliment he receives is when he’s hired by another lawyer.

Schiffer knows the courtroom, and the respect of his adversaries, the judiciary, and his colleagues has been forged over a career spent in battle. His philosophy is simple: The more he prepares for trial, the luckier he gets.