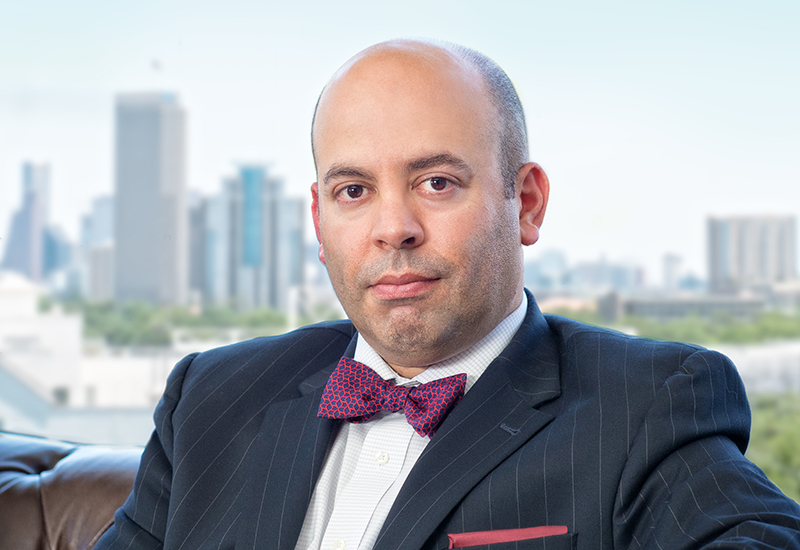 Brent Mayr brings more than a decade of experience in federal criminal defense and has represented clients not only in Houston and the surrounding communities, but all over the state and the country.

Brent earned his Juris Doctor from South Texas College of Law in 2002. During law school, he clerked for the Houston criminal defense firm of Zimmermann and Lavine, P.C. and assisted with multiple federal cases. Upon graduation, he served as the law clerk for Judge Barbara Hervey of the Texas Court of Criminal Appeals until he became an assistant district attorney for the Harris County District Attorney’s Office. Brent served as the head of that office’s Vehicular Crimes Section before entering private practice.

During his career, Brent has been involved in several groundbreaking cases and has earned acquittals for a number of clients. In 2013, he represented an individual charged with Conspiracy to Commit Money Laundering as part of a scheme involving the Zeta drug cartel and the American Quarter Horse Racing industry. His client was the only one out of multiple defendants who was acquitted of all charges at trial. Later that same year, he and famed criminal defense attorney Dick DeGuerin convinced a jury to find their client, a prominent El Paso businessman, “Not Guilty” of Intoxication Manslaughter.

Brent Mayr is the founding attorney of the Law Office of Brent Mayr, P.C. which has its principal office in Houston, as well as an office in The Woodlands, Texas. He is available to handle any federal or state criminal case and can be reached 24/7 at 713-808-9613.

Brent Mayr and Paul Schiffer have been named to the 2017 Texas Super Lawyers list in Criminal Defense. The list which is featured in Texas Monthly magazine, as well as other respected publications, sets out who are the top attorneys in the State of Texas...